Walter Elias “Walt” Disney (1901 – 1966) was an American business magnate, cartoonist, animator, voice actor, and film producer. The great-grandfather of Walt Disney was a descendant of Robert d’Isigny, a French who came in England with William the Conqueror in 1066. From D’Isigny it became Disney in english.

Disney passion for drawing came in 1906 when he was 4 with one of his neighbours: a retired doctor paying him to draw pictures of horse. He began his artistic career in 1919 with creation of advertisements for newspapers, magazines etc. He encountered the cartoonist U. Iwerks and they decided to start their own company called “Iwerks-Disney Commercial Artists”. 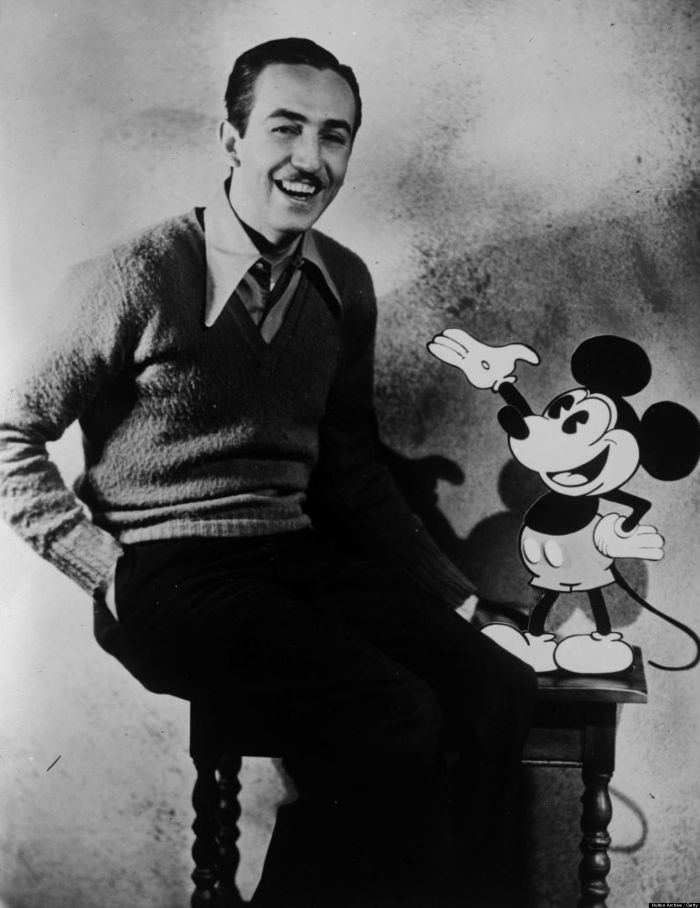 Eventually, Disney decided to have his own company so in 1923 his brother Roy created a cartoon studio in Hollywood: The Disney Brothers’ Studio. In 1928 Disney decided to create a new character, inspired by the mouse he had as a pet, he created Mickey Mouse. Iwerks corrected the sketches to make it easier to animate. Disney himself used to dub the cartoon.

Even if he never showed himself smoking in front of kids, he was a strongly addicted smoker. Disney died on December 15, 1966 of acute circulatory collapse, caused by lung cancer.