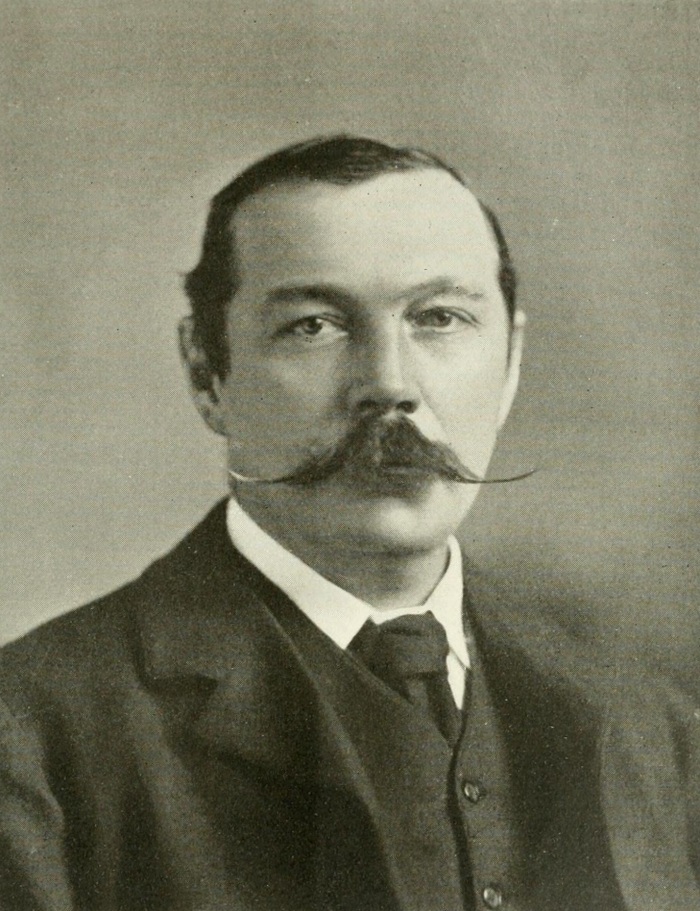 Arthur Conan Doyle (1859-1930) was a brillant author and he also happened to be a « detective ». Indeed, he personnaly investigated two cases already judged. He contributed to free two innocents condamned (George Eladji and Oscar Slater).

What is more estonishing is that he had an interest in mystical subjects. Indeed in 1887 he joined the Society for Psychical Research and was also initiated as a Freemason. He resigned in 1889, but returned in 1902, to resign again in 1911. After several death around him, he went into a deep depression which lead him to join a mystical organisation : « the Ghost Club »